Funeral held for Pakistani engineer, 25, who died in Sydney floodwaters six weeks in the past – as his mother and father are granted entry into Australia for the memorial

A Pakistani man who died when his automobile sank in floodwaters in Sydney’s west six weeks in the past can be farewelled by household and associates at a prayer service in Sydney.

The grieving mother and father of 25-year-old Ayaz Younus flew from Pakistan to attend the funeral for his or her son on Wednesday.

Mr Younus was on the best way to his first day at a brand new job in Glenorie on March 24 and was on the telephone to emergency providers simply earlier than he died.

He was a software program engineer who had not too long ago accomplished his masters diploma, and was about to begin working as a driver for a multinational firm.

The funeral for Mr Younus was delayed by a coronial inquiry and due to the problems concerned getting permission for his household to attend.

The Ahmadiyya Muslim Affiliation of Australia helped pay for the household’s journey, lodging and funeral prices.

His mother and father arrived in Australia on Sunday and instantly went into quarantine, however Mr Younus’ three siblings had been denied permission to fly from Pakistan. 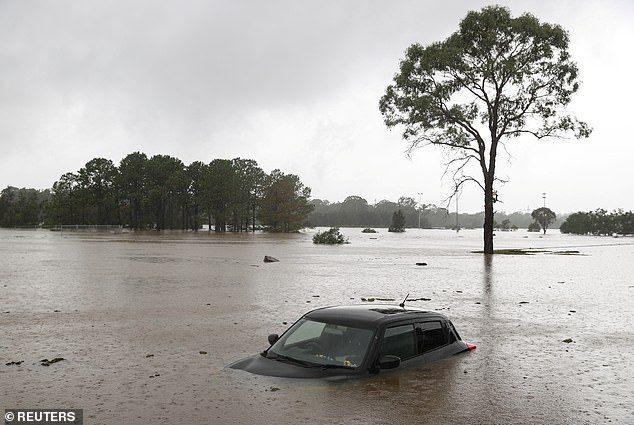 The affiliation stated the person’s mother and father had been granted an exemption by the Australian authorities to attend a part of the funeral and hope they’ll be capable to attend the burial web site.

Hamad Chaudhry remembers Mr Younus as a eager sportsman who was very concerned with the neighborhood.

‘Ayaz was a really pleased and pleasant one who cherished his sport and was extraordinarily community-minded. He’s deeply missed,’ Mr Chaudhry instructed AAP.

Mr Younus can be honoured with a prayer service at Marsden Park earlier than being buried at Riverstone Cemetery.